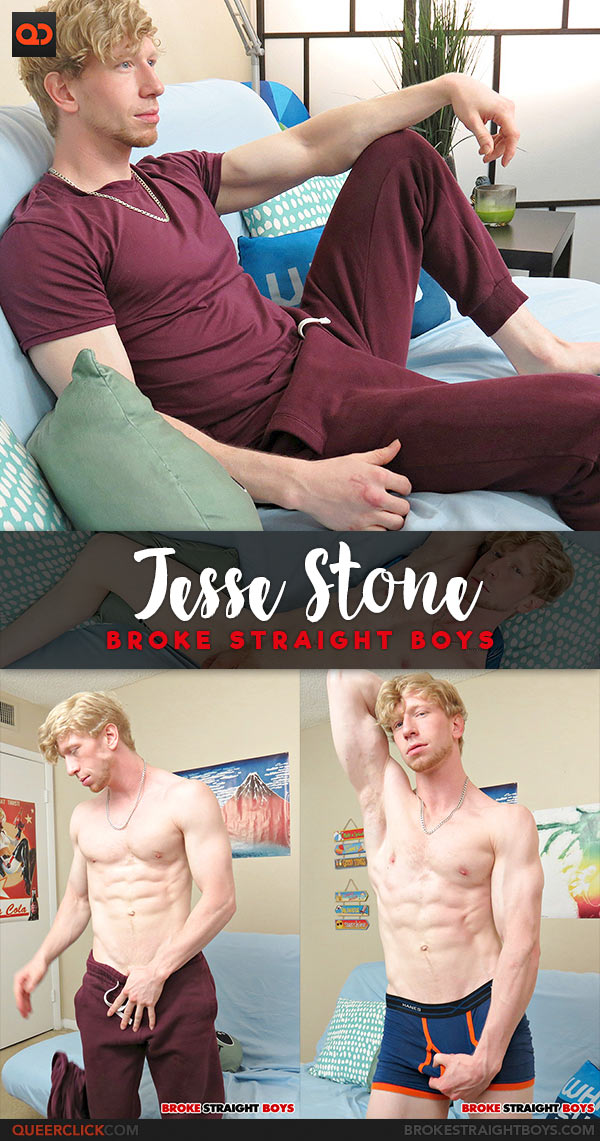 He starts off by pulling off his shirt, revealing his chiseled upper body, while he reaches into his pants and begins to pleasure himself through his sweats. He gets more aroused and strips to just his underwear, fondling himself on the couch and beginning to moan. Touching his body really turns him on, and he loses the underwear soon after to be bare naked stroking.

See more of Jesse over at BrokeStraightBoys.