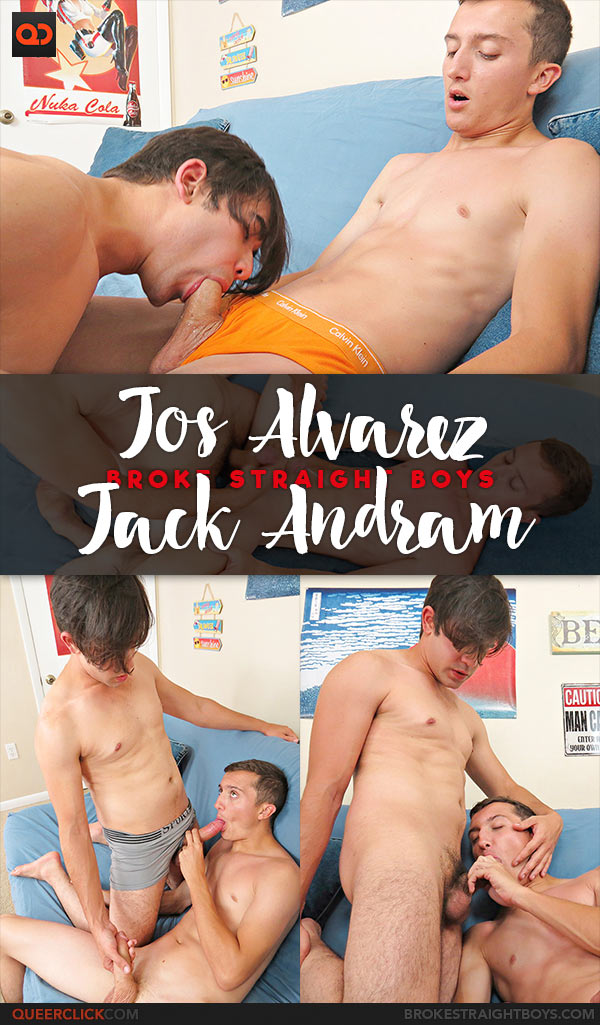 Jack Andram and Jos Alvarez both have some experience behind them as they meet up in the BrokeStraightBoys studio.

After we find out what they’ve been spending all their gay-for-pay money on, the guys ask them to kick off their scene with some making out. These boys aren’t afraid to kiss and eagerly swap spit before Jos goes down on Jack. Jack gets hard as Jos’s mouth works that shaft and they switch places so that Jos can get his prick wet next.

Standing behind Jack, Jos lines his dick up with Jack’s entrance and pushes inside. He’s filling Jack up with that raw cock until he’s fully buried in that ass.

Jack moans gently as Jos fucks him doggy style. He then turns onto his back and takes it that way. They get closer to orgasm, Jack’s ass stuffed full of dick and Jos loving that tight hole until both of them bust a nut!

See more of Jack and Jos at BrokeStraightBoys.