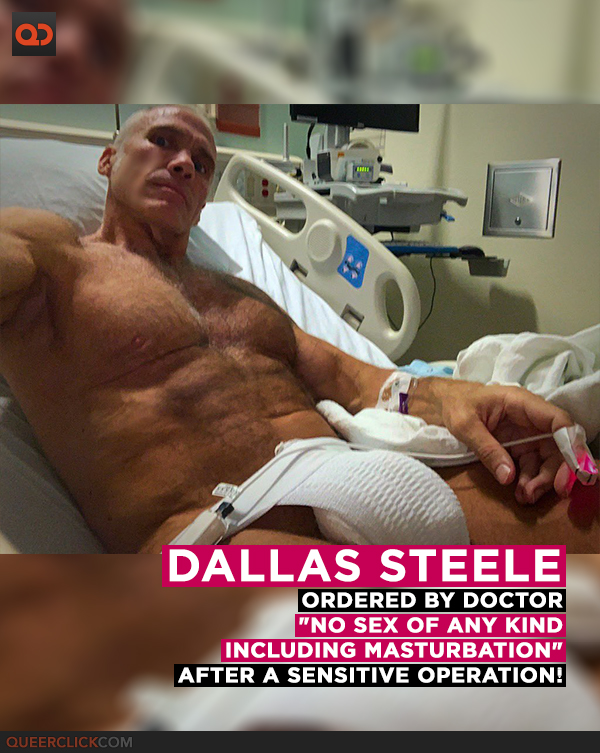 Adult entertainer Dallas Steele shows his fans that he’s on his way to recovery after being out of surgery. This was proven by a hospital selfie he posted on Twitter along with a detailed story his current situation. 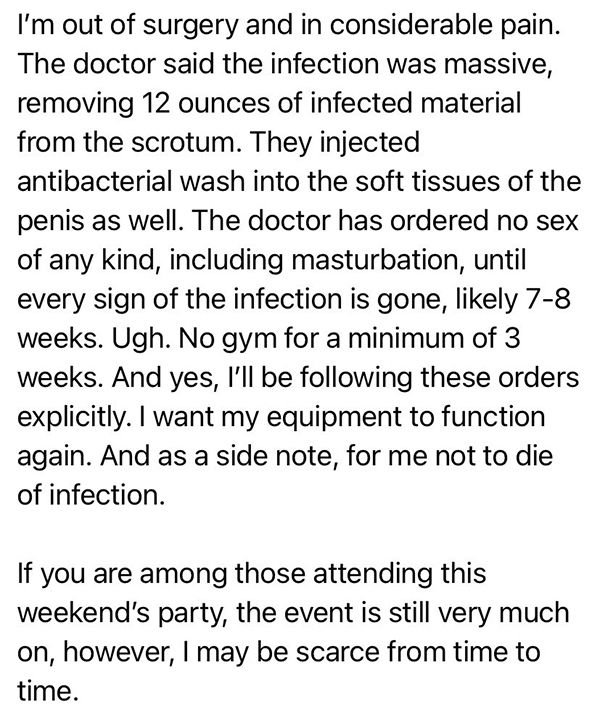 Steele also added that no one really knows what caused the infection that left him being ordered by his doctor to not engage his tool in any sexual activity. Back in April, he underwent a surgery for the removal of a non-cancerous growth in his testicle. He thought his recovery was going well until an infection developed weeks after the medical procedure.

Can you imagine how would it be for you to spend weeks of not having to do anything with your dick? How would that make you feel? Tell us your thoughts in the comments section below.