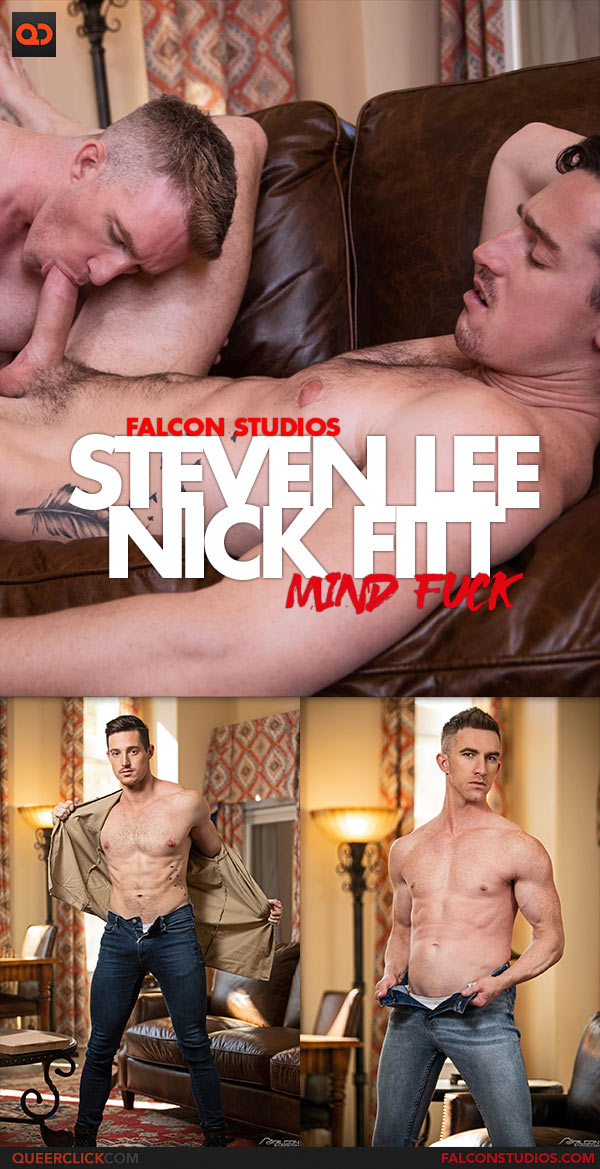 You never know unless you try! That’s what Nick Fitt was thinking the day the sexiest delivery boy, he’s ever seen, Steven Lee, arrived with a package.

Steven felt the obvious sexual energy that Nick was giving off the second he opened the door, and it turned Steven on. After a brief hesitation, the two men start by kissing in the doorway, leading to the couch, until Steven decides to peak the eager boy’s interest by feeding him his lengthy dick.

The two take turns sucking each other off, then Nick wants to eat some hot fuzzy delivery boy hole. Steven soon returns the favor, and after warming Nick up with a finger, Nick begs for Steven to deliver his ‘huge package’ inside him.

Finishing on his back so he can watch his delivery boy pound his hole, Nick busts his hot load all over himself as Steven edges before pulling out to deliver a load of his own all over Nicks stomach and chest.

See more of Steven and Nick at FalconStudios.

Pride Month Promo
Join For As Low As $7.50 per month