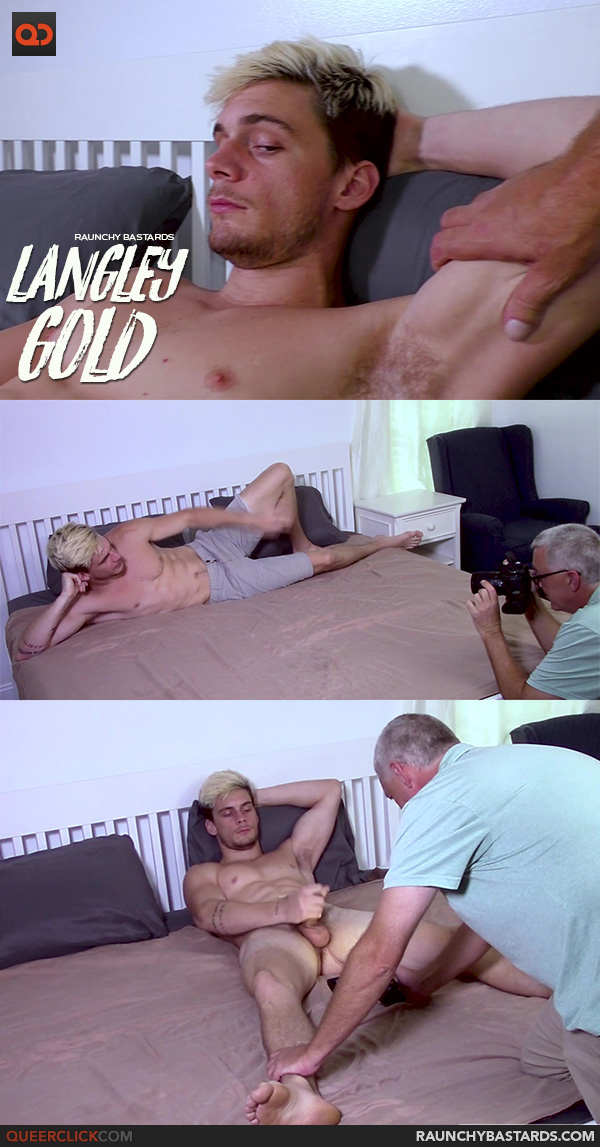 Langley Gold called me up right away after I reached out to him. I found him on the Internet, and he needed some porn work. It just so happened that he lives pretty damn close, so he was happy about not needing to travel far, and I was happy to get such a hot stud interested. He’d done some vids before, but he told me flat out that he wouldn’t get fucked. When I asked him why, he said that although he was open minded, he had tried it once, and it had not been the best experience. He was too tight. Raunchy Bastards